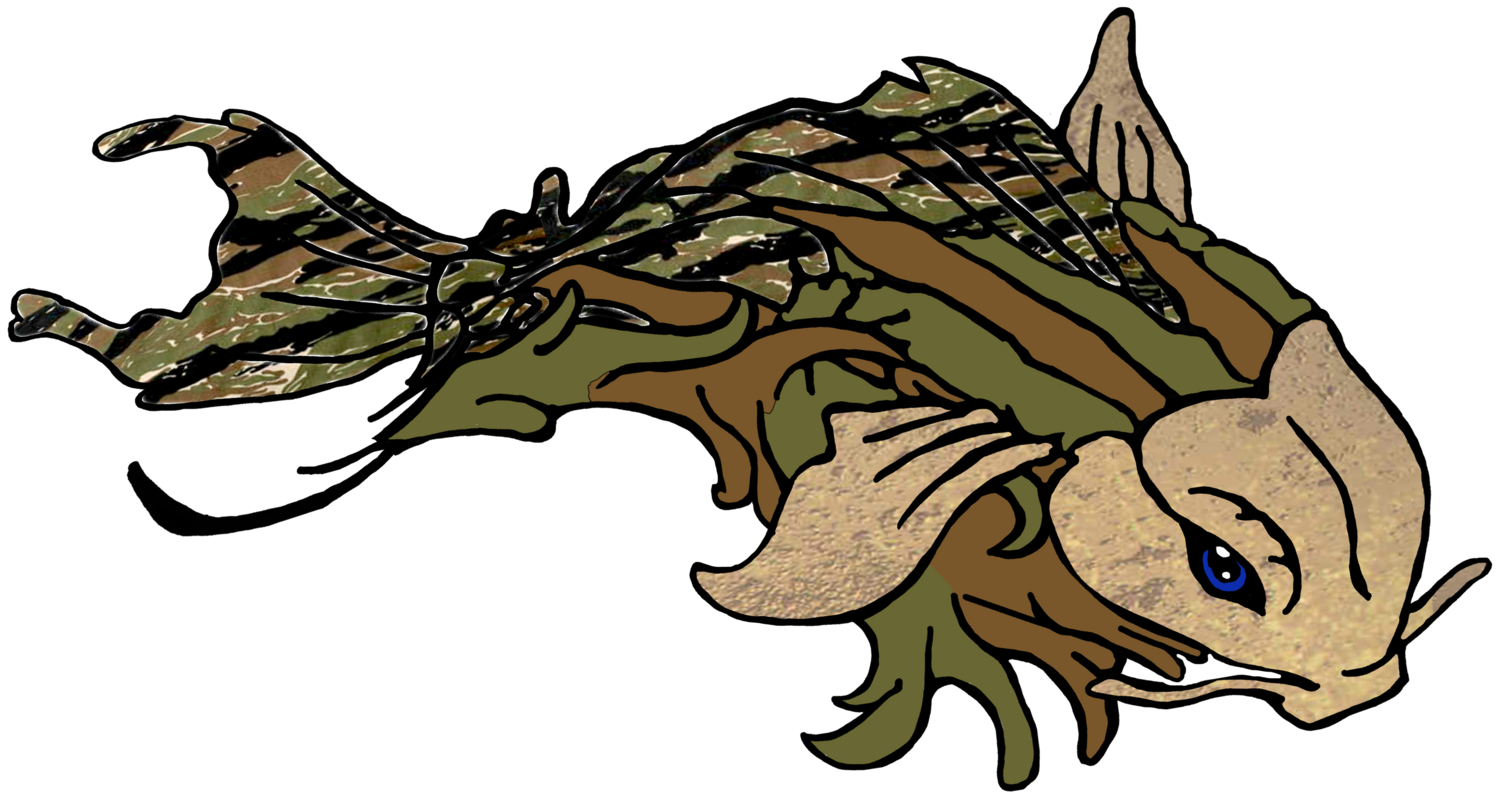 This is the second of the Cammie Koi design series. In keeping with the transformative symbology of the Koi, a portion of the proceeds from these designs will be used to help former victims of domestic abuse begin a new life.

"The gods recognized the koi for its perseverance and determination and turned it into a golden dragon, the image of power and strength...Because of the dragon legend, [the koi are now known as] symbols of strength and perseverance... And because of the lone koi that made it to the top of the waterfall, they are also known as symbols of a destiny fulfilled."

Note: cammie /ˈkamē/ is short for camouflage; kami /ˈkämē/ is something else entirely (see below!).

A portion of profits from the Cammie Koi series will be given to or used on behalf of, individual domestic abuse survivors (or organizations that assist such survivors).

Save this product for later
Display prices in: USD